Last February, three students from Bangladesh University of Textiles (BUTEX) made a trip to Lucknow, the capital of Uttar Pradesh, India with a view to participating in the 9th South Asian University Festival (SAUFEST) organized by Babasaheb Bhimrao Ambedkar University. This festival aims at creating a bond of relationship between the students of the SAARC countries and getting them acquainted with the culture of one another as well.
One of the three musketeers, Pritam Chandra Das, seemed to be overwhelmed while he spoke these words out, ‘’the opportunity to represent my own country in the SAUFEST was more than a privilege to me. I would like to thank my university authority for facilitating us with such a big opportunity of intermingling with the students of different cultures and customs through this festival.’’ Pritam participated in light vocal, chorus song, elocution and debate in the festival. 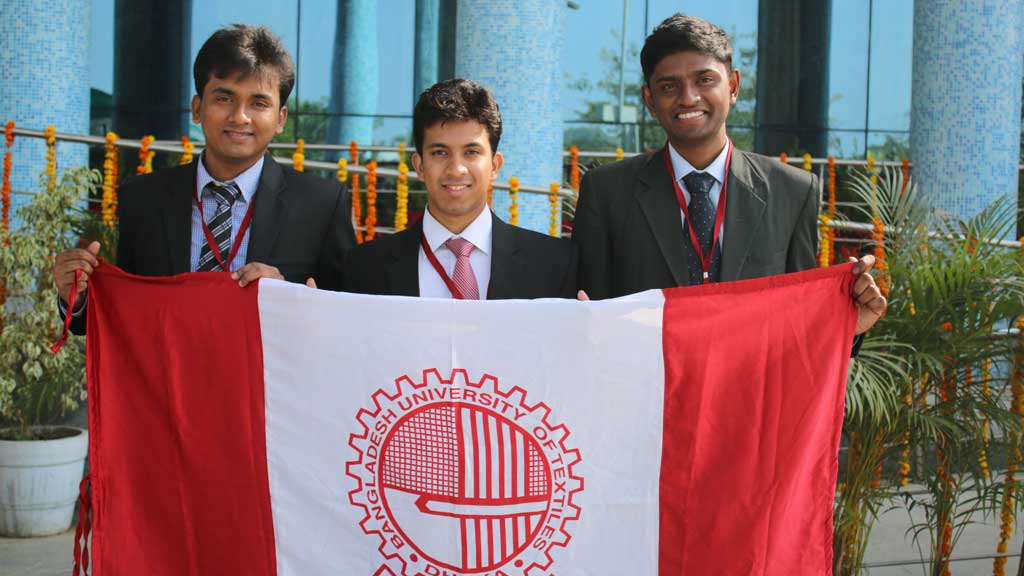 Another member of the team, a discreet debater, Jalal Md Ashfaq was one of the participants in debate and elocution in the festival.
‘’This festival has turned out to be a big platform for the students of the SAARC countries to prove their talents and also to manifest a zeal of friendliness and liveliness among themselves. We got the golden opportunity to represent our country in the festival’’- he adds.
Another musketeer, Md Ashikur Rahman, participated in folk song in the festival. He has been learning music from his very childhood and has always had a dream to have his own music album. He emphasized on the significance of participating in such kind of festivals by saying, ‘’none will ever be able to realize the importance of participating in such festivals unless he experiences what we have experienced during those five days’.