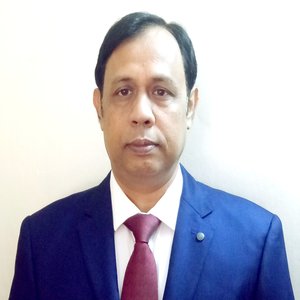 Welcome to the Department of Wet Process Engineering (WPE), Bangladesh University of Textiles (BUTEX). WPE is an emerging and highly demanding field of study. It is an interdisciplinary field comprising engineering, chemistry and environment. The faculty is committed to teaching, research and public service. A number of faculty members hold doctoral degrees in a variety of related fields. The faculty is enriched each year by new regular faculty appointees as well as return of faculty after completing higher education and research abroad. This scholarly talents adds freshness and vitality to the department of WPE. The WPE program will be recognized as the premier international program for preparing young men and women engineers for the textile industry and beyond. This recognition will be based upon the excellence of entering students, faculty, resources, educational experiences, student and faculty diversity, and impact on the industry. We earnestly emphasize on a healthy and intimate teacher- student relationship so that the true potential of each student is comprehended. The relationship of the department with the local industries is strengthened through various programs such as seminars, workshop, conferences and different events. The department of WPE aims not only to produce efficient engineers, but also well-educated reliable leaders who can contribute to the development of the country through enriching our industries.

The department of Wet Process Engineering was founded in 1960, to meet the increasing demand of know how people in textile dyeing industries of Bangladesh. The graduates from this department obtained top-notch position in their professions. The department reflects the dream and commitment of BUTEX in engaging research activities and collaboration with industry. The academic learning of the department includes strong practical programs such as laboratory experiments, internships, in-house projects, joint projects with industries. The course curriculum embraces fibre-forming polymer engineering, fibre characterization, as well as wet treatment and coloration of different forms of textiles such as fibre, yarn, fabric, and garments, etc. and textile finishing that involved to improve aesthetic and service value of textile goods.
The aim of the department is to promote employ-ability, entrepreneurship, leadership, research aptitude among the students to troubleshoot the industrial problems and developments of new technology without leaving footprint in environment and society.

The department of Wet Process Engineering (WPE) envisions:
To be a world-class premier academic entity recognized for excellence and innovation, research, education and services in the field of textile wet process engineering and technology.

The following strategic characteristics and aspiration will enable the WPE department to realize its vision:

For details and updates on admission procedure please visit this page.

For details and updates on admission procedure please visit this page.

The overarching objective of our engineering curriculum is to provide our students an education that enables them to be productive and fulfilled professionals throughout their careers. The following measures will enable the WPE department to realize its goals: