Team “INNOVATORS”, a team from L-I T-I of BUTEX became the champion in “National Power and Energy Hackathon-2017” organized by Ministry of Power, Energy and Minerals. A total of 241 teams from 38 renowned Engineering University actively participated in the event and from the “Green and Renewable Energy” category, Team “INNOVATORS” from BUTEX became the champion and Team “BUET INTEGRITY” of BUET became the runner-up. 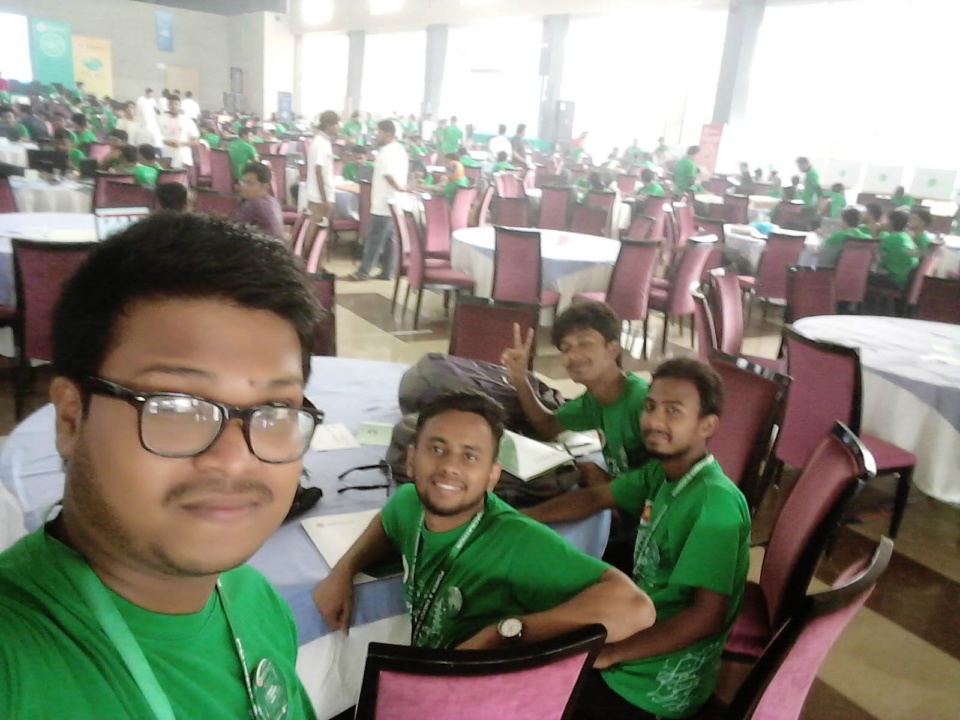 Members of the team were Muhammad Shohedullah Shojib (WPE-43), Naeem Mahmud (WPE-43), Md Fazle Rabbi (WPE-43) and Md Ali Hossen (TEM-43) and they were guided by Mr. Md. Khalidur Rahman, lecturer, Department of Physics.
The concept of that project is gaining solar energy from Death Ray in a new innovative way. They used the conserved energy from death ray and combined a steam turbine to produce power which is expected to open a new window as a solution to the present power crisis issue in Bangladesh. The ministry of Power, Energy and Minerals offered full support for further research and development of the project.